There are no current events at the moment.
Past events 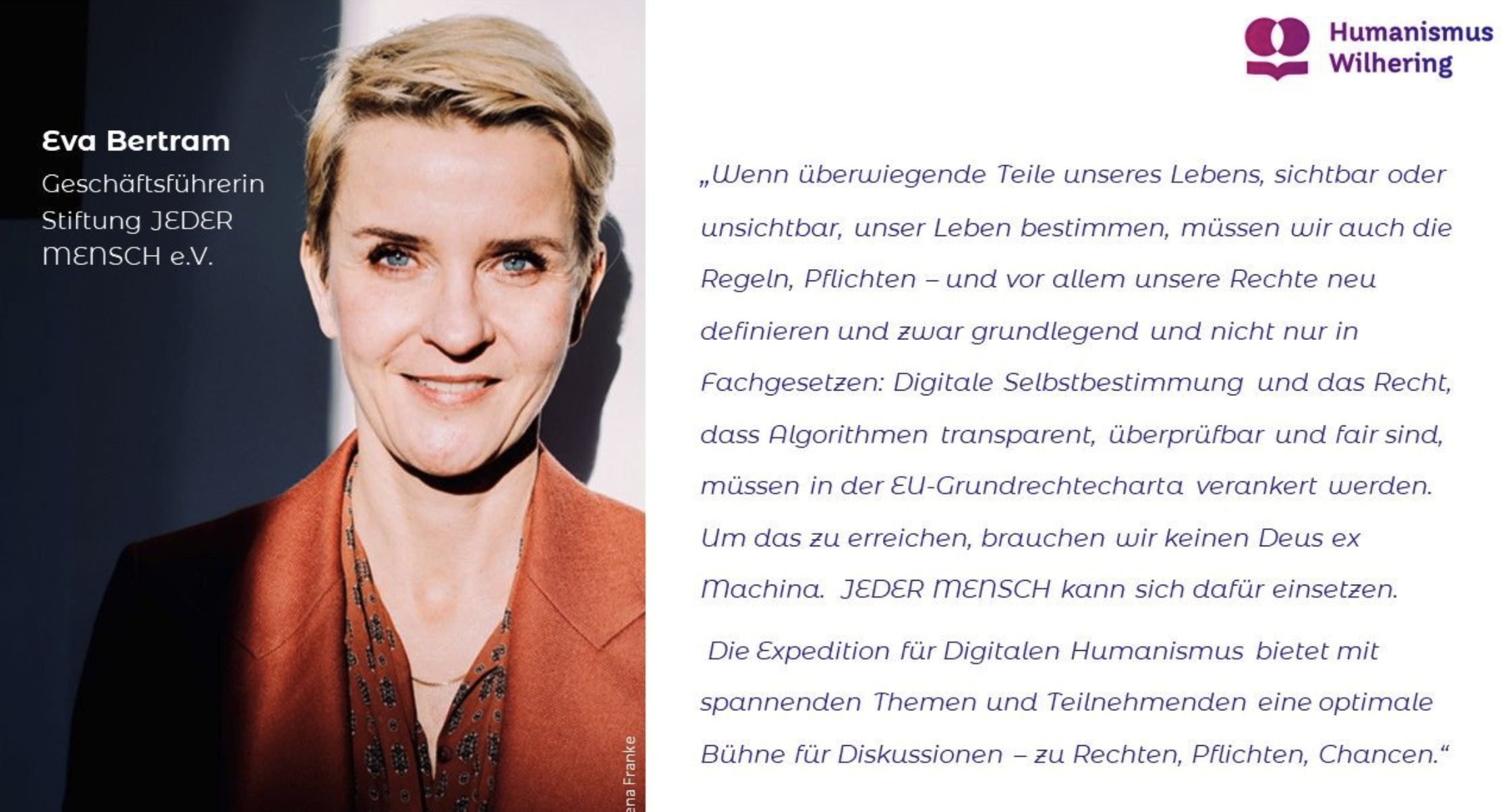 The last few months have shown: Peace and democracy in Europe can no longer be taken for granted. The framework of values and rights on which the EU was built is no longer sufficiently sustainable.

At the same time, we need to get out of crisis mode: we want and need to shape globalization, digitization and (social) peace with foresight; this is also the only way to avert the impending climate crisis.
This can only be done in an united Europe with shared values and a common vision, even an utopia. This is the idea of Ferdinand von Schirach's book "Jeder Mensch", in which he advocates the extension of the EU Charter to include six new fundamental rights.
The opportunity is now! A space is opening up in which we can think anew and boldly about the European Union and what holds it together.

In a moderated format, lawyer and author Ferdinand von Schirach, Vice President of the EU Parliament Dr. Katarina Barley, Minister of State at the German Foreign Office Dr. Anna Lührmann, and National Citizens' Representative to the Conference on the Future of Europe, Stephanie Hartung, will consider together how this can work.

Join them live and get involved! Registration via https://pretix.eu/jedermensch/